If you’re looking for an affordable DAC/headphone preamp combo, then I feel the Schiit Fulla 2 is the way to go. At the $100 price point, the Fulla 2 definitely outshines the competition with features and audio quality. If you’re looking to power high-impedance headphones, rather go with the Jotunheim or Lyr 3 which are more premium DAC/headphones combos.

The Schiit Fulla 2 is the second generation of the original Fulla. If you are unfamiliar with the original, it was incredibly small, like USB dongle-sized! While the Fulla 2 is more than double the size of its predecessor, it’s still ultra-compact and can easily fit in the palm of your hand. The Fulla 2 is a DAC or digital-to-analog converter to convert your digital audio files to an analog signal.

What is a Digital-to-Analog Converter?

Before we get into the Fulla 2, it’s important to familiarize yourself with what a DAC actually is and the function it performs. As the name suggests, a DAC is a device that converts a digital audio signal to analog. So why would you need to do this?

Digital audio is a binary signal with a series of 1s and 0s where analog audio is a series of wavelengths. Digital audio is a fraction of the size of an analog file which is why you can have several thousand songs on your phone or MP3 device. While this is great for storage, it doesn’t help when it comes to producing an analog signal our ears can hear. Most amplifiers and headphones require an analog audio signal to produce the sound we hear with our ears.

The truth is just about every digital product has a DAC built-in. Speakers and headphones use speaker drivers which are analog devices. To produce an analog audio signal that our ears can hear, there has to be a digital-to-analog conversion somewhere between the audio source and the speaker. This includes your CD players, PCs, mobile phones, TVs, etc. So why not use the DAC inside these devices?

It is perfectly acceptable to use the standard DAC found in consumer electronics, however, some people prefer higher quality audio. Most mass-produced consumer electronics devices incorporate a basic DAC which might do the job but there is some frequency loss along the way and thus the quality is not as good as it should be. A high-quality DAC is preferred as there is less frequency loss when converting the digital signal to analog.

Back to the Schiit Fulla 2…

So now that you fully understand what a DAC is, let’s get on with the Schiit Fulla 2 review… The Schiit Fulla 2 is an ultra-compact desktop DAC and headphone pre-amp designed primarily for use between your PC and headphones. The Fulla 2 delivers from 40mW into 300 ohms up to 550mW into 16 ohms and which is enough to drive just about every headphone on the market.

Aesthetically, the Fulla 2 looks badass, at least in my opinion. It has a single rotary knob with what appears to be circular air vents along the sides and on top of the device. The Fulla 2 does get warm during operation so these are not just for aesthetics. One thing that is missing is an LED to indicate whether or not the Fulla 2 is actually powered on. All of Schiit’s other DACs have an LED power indicator, it’s unclear why the Fulla 2 does not.

Moving on to inputs and outputs, you have your ¼-inch headphone output and ⅛-inch line in. Having these two connections on the front makes sense as you would typically have the Fulla 2. The headphone line goes to your ears and the line-in would be connected to your phone or another audio device. When you plug a source into the line-in, the DAC is bypassed and only the headphone pre-amp and ¼-inch output will work.

But what if you’re connecting a device like a mobile phone to the power/signal USB port? Obviously, in this case, the mobile phone won’t power your Fulla 2. When you are using small audio devices connected via USB, you can use the second USB to power the Fulla 2. If you have both USB ports connected, the Fulla 2 will draw signal from the audio/power port and power from the power port.

Next to the micro USB ports are two ⅛-inch outputs. The first output is a line-level out and the second is a ⅛-inch line level pre-out which could be connected to a pair of powered speakers for example. Keep in mind that the ⅛-inch pre-out will be disabled when a device is plugged into your ¼-inch output on the front. One sticking point with the ⅛-inch connections is the lip of the casing prevents larger sized ⅛-inch adapters from inserting all the way. This can be annoying if you don’t have small ⅛-inch connectors. My advice, purchase a ⅛-inch to RCA cable and a ⅛-inch to ⅛-inch cable with small enough ⅛-inch adapters when you buy your Fulla 2.

Where the Fulla 2 begins to fail is with the headphone preamp. When you go past 50-60%, depending on your headphones, the Fulla 2 begins to break up and distort in the higher frequency range, by 80-100% you have full distortion. Before 50%, the Fulla 2 sounds great for a $99 preamp and I don’t feel you need to push past this volume for most headphones as this is a significant amount of power. But it is something to note and you might want to test this with your preferred headphones.

What’s in the Box?

If you’re looking for an affordable DAC/headphone preamp combo, then I feel the Fulla 2 is the way to go. At the $100 price point, the Fulla 2 definitely outshines the competition with features and audio quality. If you’re looking to power high-impedance headphones, rather go with the Jotunheim or Lyr 3 which are more premium DAC/headphones combos.

Matt is a sound engineer and self-confessed vinyl-junkie! His work as a sound engineer includes both live production and venue installations. While traveling the world, Matt shares his knowledge and expertise with us! 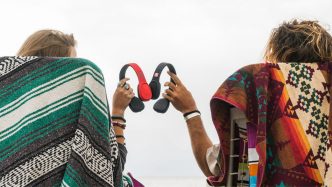 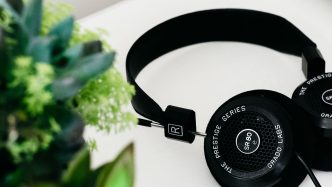 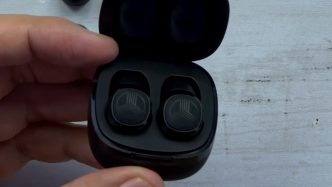