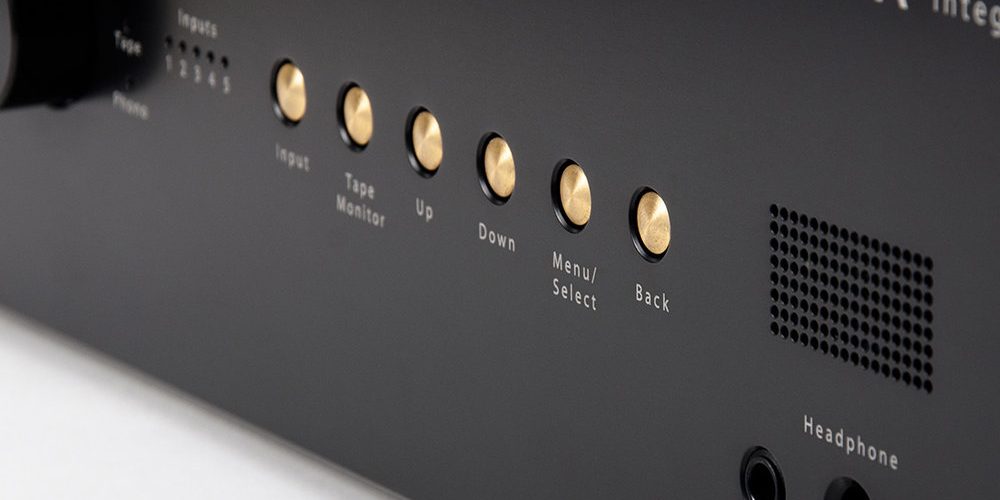 I can confidently say that any audiophile will appreciate the honest, transparent, and classy nature of the Lineartube Audio Z40+ integrated valve power amplifier. While it certainly isn’t budget-friendly, those that are serious about elevating their listening experience to new heights will recognize the quality at play here. This power amp isn’t one to enhance your source material, but rather to bring nuances to light and deliver the purest performance possible.

This reference+ update of the legendary Z40+ integrated power amplifier from Lineartube Audio is the latest version of their flagship power amp, which sees upgraded, carefully selected, and calibrated circuit components to deliver the best possible sound quality.

Aside from some component updates, the mono subwoofer output has also become a stereo out, though since these are made to order, a mono output can be requested at no additional charge. The Lineartube Audio Z40+ is a monstrously powerful amplifier that sounds as stunning as it looks.

For those that are unfamiliar with valve-powered amplifiers, you’re playing in a league far above the car and Hi-Fi amplifiers you may be used to. The discussion surrounding valves (also known as vacuum tubes, or simply ‘tubes’) is an extensive rabbit hole we won’t go down today, but for now, it’s important to recognize why valve-integrated units have a special place in the hearts of audiophiles, engineers, and musicians:

Tubes replace the transistor you’ll find in solid state units, which essentially acts as a signal amplifier. What makes them special is how they handle distortion, which occurs once the input volume is pushed higher. Transistor amps tend to have a point at which distortion will occur and in many cases, don’t operate linearly, while valve-powered amps produce distortions more gradually, resulting in a smoother and rounder sound leaving the system. In addition, the distortion vacuum tubes produce is far more harmonically relative to the input signal, making it sound more natural or pleasing to the listener.

There’s a lot more to it, but lastly, we need to notice that different valves possess different tonal qualities, so a combination of different tubes is often used in amplifiers in both the preamp stage and power stage of the unit.

Which Valves Should I Get?

When purchasing the Lineartube Audio Z40+ integrated amplifier, you have the choice of NOS Mullard EL34, or Gold Lion KT77 tubes, which each carry very different sonic properties.

I won’t be spoiling anything to come by saying that this power amp is simply astonishing, and whatever valves you stick in them will only shape the tonal qualities of your signal to how you want it, i.e., there isn’t a wrong choice here. Again, we can go on for hours on a shootout between these two wonderful valves, and most who are reading this article would already be quite familiar with these popularly-used vacuum tubes, but for those who aren’t, here are the basics:

The Gold Lion KT77 tubes impart a silky, warm, and full-sounding quality to your source signal. Nothing is over-exaggerated, and the upper midrange and high-end carries a lot of definition without sounding harsh. These tubes also behave beautifully with dynamic material. These valves are great if you’re using this amp to power a vinyl playback setup, where you may be listening for hours at a time, or for professional studio applications, where a more accurate, delicate balance is needed, and listening fatigue is something you’d want to avoid.

The NOS Mullard EL34 tubes carry a grittier quality that makes any recording come alive. They add incredible detail across the upper-frequency bands, while allowing the low-end to breathe, and amazingly seem to leave behind the harshness you’d expect from such definition. For a more raw and high-energy experience, the NOS Mullard EL34 tubes would be a great choice.

Lastly, for those inexperienced with valve-powered systems, it’s crucial to note that vacuum tubes are incredibly delicate, especially while they’re being used, and they do have a finite lifespan.

Built by hand in the USA, the Lineartube Audio Z40+ power amp is a beautiful blend of classic PA-style design with a touch of elegance that compliments any home or studio playback system. At 17 inches wide, the Z40+ could be rack mountable with a pair of ears. The knobs and switches are beautiful brass, and all feel great to twist, turn, and press, particularly the volume control, which clicks as it incrementally increases from 1 to 100. and All of the input and output jacks are, as expected, ultra-premium in quality.

As for connectivity options, the Lineartube Audio Z40+ accepts 4 x RCA connections, or left & right XLR. Output-wise, there are four speaker binding posts, a stereo or mono subwoofer output (requested upon order), and both a low and high impedance headphone output.

The transformer-less nature of the Lineartube Audio Z40+ means a more faithful representation of your source signal will be leaving the output stage. This power amp doesn’t add too much coloration, allowing the music to speak for itself. However, it’s important to remember that this will only elevate the negative aspects of a poorly mixed or mastered production. That said, the valves do add a bit of depth and complexity in a way that isn’t too intrusive.

As for the stereo spread, the Lineartube Audio Z40+ gives you a great, realistic perspective of stereo imaging without seeming forced at all. Furthermore, each frequency band has its own space to breathe within, and nothing sounds like it’s being shadowed. This is three-dimensional sound at its finest.

When looking at the actual tonal content of the Lineartube Audio Z40+, I’ll divide this discussion into three frequency bands:

As expected, the bass frequencies are tight and muscular, with a harmonious blend of muscular, aggressive bass movement with fluid-like groove that compliments any music style. On tracks where the bass guitar and kick drum would normally lock horns a little, each instrument is given a space in not only the frequency spectrum but also in the dynamic range.

Across the lower midrange, there’s enough meat to fatten up a track and really bring out the body of instruments and voices, particularly drums. I really like the way LTA handled this chunk of the frequency spectrum, where you’re given enough depth to satisfy even bass-heavier music tastes, but without casting shadows over other frequency content. The upper midrange is crisp, well-defined and in a way, sharp, but without the abrasiveness that often comes with it.

Here is where I’m really impressed- the Lineartube Audio Z40+ has some of the cleanest high-frequency representation I’ve heard, introducing detail, air, and shine that adds sparkle and life into any musical piece, but leaves behind the harsh qualities that’ll cause listening fatigue.

Overall, the Lineartube Audio Z40+ is a rather pricy product, but if you’re serious about your sound and have the means, it’s difficult not to recommend the Z40+. 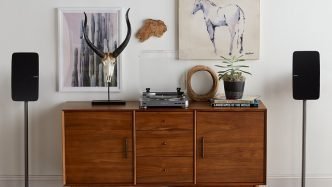 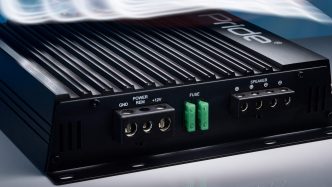 Finding The Right Amplifier For Your Needs 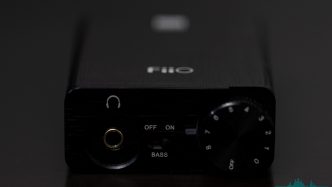 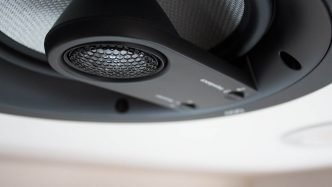